Who is Jesse Palmer Married to? Who is Emely Fardo?

Jesse Palmer seems to be the permanent host of The Bachelor for the next few decades, so I guess it’s time to talk about his personal life casually. Jesse said during Clayton Echard’s premiere that they are the same person, and we live in a simulation where he was on The Bachelor. He did end up falling in love with Jessica Bowlin, but they didn’t last. It’s funny that he joined the franchise as a host, but that’s fine.

On the other hand, Jesse is happily married, so he can give Clayton and whoever else comes after him honest advice about love, marriage, and other things. Jesse got married not too long ago, and now is the time to get to know his wife, Emely Fardo. This means it’s time to get nosy about how they’re getting along. 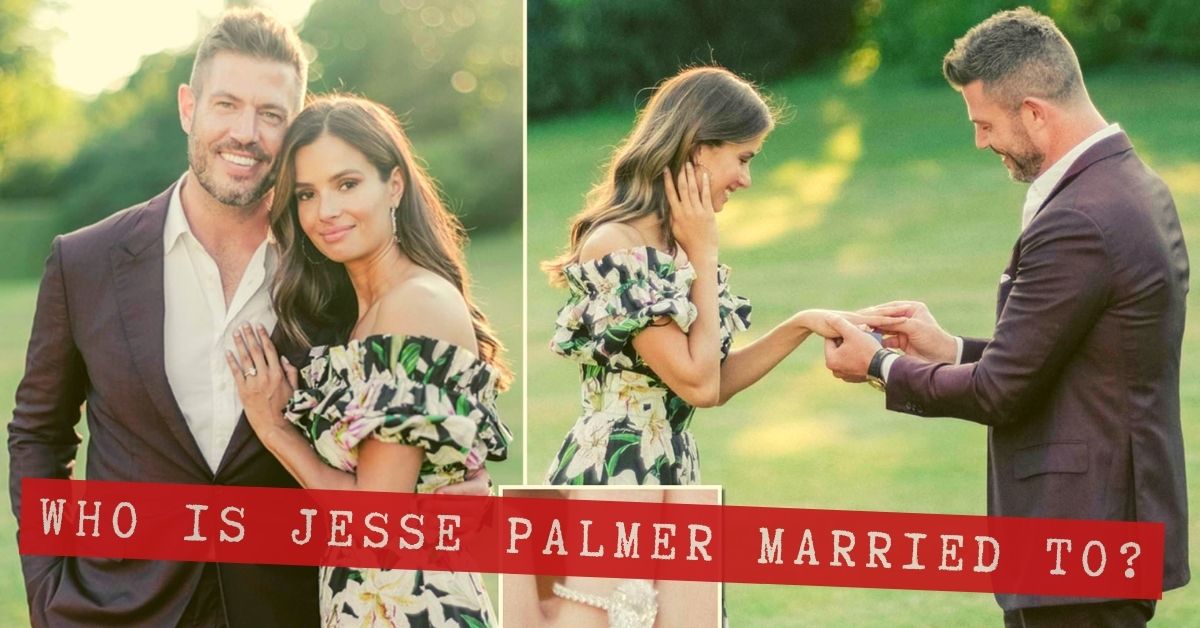 Fardo is from Brazil, but she moved to New York City so she could start her career there. It’s unclear when she first started modeling, but in 2016, she posted about her new comp cards from New York Model Management.

Most of the pictures Fardo has posted on her Instagram page look like they are from fashion shoots, but she has also posted photos of herself walking the runway.

Fardo likes to be in front of the camera, but she has also been a professional photographer. The Brazilian model has posted some of her work photos on Instagram. In 2016 and 2017, Fardo shared pictures of food from New York restaurants, like cocktails and pancakes with syrup. She also showed a wedding picture she had taken of a couple who had just tied the knot.

Where Did They Meet for the First Time?

Even though Palmer and Fardo work in the entertainment industry, they first met in a boxing class.

The former NFL quarterback told the Daily Mail that he met Fardo during a boxing session and that they clicked immediately after the meeting. He continued, “She has taught me and loves me like no one else.” “I am now the best version of myself because of her. She adores me without conditions.”

Did They Keep Their Marriage a Secret?

Fardo and Palmer talk often on the Internet about their relationship, but they keep their wedding a secret. Fans didn’t even know they were married until the summer of 2021 when they saw them wearing wedding bands.

The couple got married on June 5, 2020, at the home of a close friend in Connecticut. At first, they had planned to get married in Provence, France, but they had to change their minds. They told PEOPLE, “We could only invite a small group of close friends who lived in the New York City area and were in quarantine at the time.” “We had a great time and can’t wait to celebrate our love with our parents and close relatives shortly.”

Even though the ceremony was small, the couple couldn’t have been happier about getting married. “We feel so grateful and lucky to have found each other, no matter how big or small the wedding party is,” they said.

Is Jesse Palmer married to a Bachelor contestant?
What does Jesse Palmer look like? Jesse Palmer, the host of “Married to the Bachelorette,” didn’t end up with any of his season 5 contestants, but he did end up with model Emely Fardo. People confirmed that the former Bachelor star was married soon after ABC said Palmer would take over as host of the popular franchise in September 2021.

Who is Jesse from Bachelorette married to?
Emely Fardo, who is from Brazil and works as a model and photographer in New York City, is married to Jesse Palmer. The reality star asked her boyfriend to marry her two years after dating. In 2019, he told the Daily Mail, “I’ve been so obsessed and in love with this woman, and it’s only gotten worse.

Does Jesse Palmer have any children?
Do they want to have children? Jesse has been with Emely for about four years. Mademoiselle Loulou Palmer, their cute Aussie doodle, is their pride and joy.

Hey guys, This is Jerry Holand Author of Digihindnews.com. Well, My interest in exploring the Internet and explaining things in an easier way brought me here in Digital Marketing. The only thing I focus on is how to make stuff easier to understand and interesting to read. I hope I’ll be able to make a place in your heart through my words. Stay tuned to our website for more interesting articles.

Vox Machina Season 2 Release Date: Will The Anime Return? All The Latest Details!